It was King Henri IV of France who claimed for “a chicken in every pot”. This became a famous political promise for the general welfare of France. It stretched from the peasants to the noblemen. Coq au vin was a result of that promise.

Coq au vin is a simple dish that is inexpensive and easy to prepare. It is a French dish that primarily contains chicken that is braised with wine, mushrooms, lardons, and sometimes garlic. Many different variations of the dish exist within the different regions of France which depend heavily on the wine that is chosen to be used.

Continue reading to learn more about the origins of coq au vin as well as how you can cook the dish for yourself.

The Origins of Coq Au Vin

The recipe for coq au vin was first documented in the early twentieth century, although many agree that it had existed before then but was just a rustic dish. There are legends that claim to trace coq au vin all the way back to Gaul and Julius Caesar.

Before the twentieth century, a recipe similar to coq au vin, called poulet au vin blanc, appeared in a cookbook back in 1864. Since then, coq au vin has been included in other cookbooks, such as Mastering the Art of French Cooking by Julia Child, Simone Beck, and Louisette Bertholle. This along with Child cooking the dish on her show The French Chef helped make the dish popular in the United States.

It is best to prepare coq au vin in a Dutch oven. Coq au vin can be cooked on either the stovetop or in the oven, but you want to make sure that the pot is covered while it is cooking.

Once you have gathered all of the ingredients that you will need to cook coq au vin, you can begin preparing and cooking the dish. Before you begin cooking, you want to soak the chicken in wine overnight.

To cook coq au vin, you want to preheat your oven to 350°F. Next, you want to brown the onions with mushrooms and bacon. Then, add garlic, and season with black pepper after the garlic has browned slightly.

You then want to remove these and brown the chicken in batches of bacon fat. Next, you want to add your brandy and flambé. Add your remaining ingredients, and cook in the oven.

The dish will cook anywhere from an hour to two hours. The longer you cook the dish, the richer the flavor of the dish and the softer the meat will be as long as the pot remains moist.

Once it is done, you want to pour the sauce over the chicken and garnish the dish, preferably with parsley.

Peasants would make dishes out of whatever they could find. This made braised stews a favorite dish among peasant populations because these stews could be made from anything.

The name “coq au vin” can also indicate a link to peasants. The word “coq” in French translates to “rooster”. Rooster meat is tougher than chicken meat and is required to have been braised slowly for a longer period of time in order for it to be edible.

While this dish is typically made using wine, low-income, or peasant, families could throw ingredients that were available into a pot of water in order to make a nice stew.

See also  Is Shrimp Meat? Everything You Need to Know

When it comes to picking the right wine for coq au vin, you want to pick a wine that you would enjoy drinking. While you can use cheap wines for the dish, wines that are richer in flavor will add more to the taste of the dish.

You may want to steer clear of sweeter wines for this dish. It can cause the dish to have too much of a sweet taste. The general consensus for making coq au vin is to use a wine you enjoy.

Coq au vin is a dish that was first recorded back in the twentieth century. While the dish did exist before then, it was often considered to be a rustic dish enjoyed by peasants.

When peasants made their food, they would use ingredients that they had on hand. This is where coq au vin would be created. The name itself refers to the use of rooster, or coq, in the dish rather than chicken.

Coq au vin can cook anywhere from an hour to two hours, and you can use any wine you enjoy to make this dish. 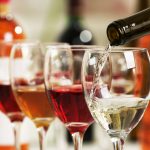 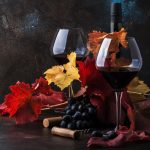 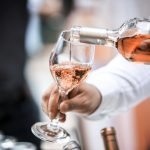 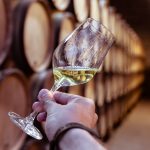 10 Substitutes For Champagne Vinegar (Including Making Your Own)