Yakult is a probiotic dairy drink, and soju is a low-alcohol content distilled spirit drink that is popular in Korea. Mixing the two together to create a cocktail is not unheard of, and many flavors of soju exist that can complement yakult well.

Soju with yakult tastes very sweet, like juice. The sourness of the probiotic perfectly complements the carbonation and sweetness of the soju. Yakult and soju is the go-to cocktail mix for many people in South Korea and other countries.

Soju is the highest selling liquor in the world, and the national drink of South Korea. Traditionally, soju is drunk as shots, which makes it a good contender for mixed drinks and cocktails. It typically contains about 24% alcohol, making it stronger than beer.

It is known for the green bottles that it is sold in, and while it comes in various flavors, it tastes how you would expect it to. The taste of soju is described as watered-down vodka, or rubbing alcohol. A 375 milliliter bottle of Soju only costs around $3, so it is pretty accessible.

It doesn’t have as harsh of a burn that vodka has, because of its slightly lower alcohol content. It is generally a little sweeter than vodka too. It is traditionally made with rice, but for thirty years from 1960-1990 this process was banned.

Too much rice was being used to make soju, so manufacturers had to turn to other methods to ferment their soju. Although rice is now allowed to be an ingredient in soju, many of the best selling soju makers still do not use rice in their beverages.

Yakult is the top selling probiotic drink in the world. It originated in 1935 in Japan, and is sold in over 40 countries worldwide today. It is known to promote digestion and immunity. It has been compared to yogurt, but yakult has a different probiotic strain than yogurt.

It is said to promote gut health, but still has a very high sugar content. Yakult has a similar sugar content to Coca-Cola. Other than soju, many people like to add sugar or milk to their yakult and treat it like a coffee. The flavor of yakult is citrusy and sweet.

Its texture is very thick, like a drinkable yogurt, and many consider its flavor as more of an acquired taste.

Soju and Yakult Together

Yakult and soju both have very strong tastes, only yakult’s is strong in sweetness and soju is harsh because of the alcohol. Mixing soju and yakult for cocktails is common because the flavor of the yakult can help balance down the soju and make it easier to drink, tastewise.

Combining a dairy drink with alcohol may seem like an odd concept to Americans, but it is pretty common in other countries. People in the US can buy soju or yakult at specialty stores or online, or replicate the mixture with more common American drinks.

Soju and yakult are two very different drinks. Soju is an alcoholic beverage similar to vodka, and yakult is a probiotic drink with the texture of drinkable yogurt. In South Korea, it is not unheard of to combine the two and help drown out the taste of soju with the yakult.

Both yakult and soju come in a variety of fruity flavors, making them perfect options for a cocktail. Many say that upon mixing the two, it tastes like soda or juice and the harsh burn from the alcohol in soju is almost nonexistent. 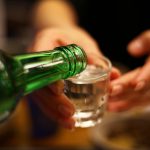 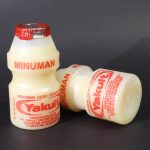 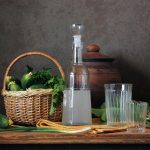 What Are The Different Types Of Moonshine? 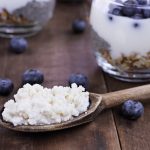