Corn is a ubiquitous ingredient in the modern kitchen, both home, and commercial. Corn meal tastes like corn and is the main ingredient in cornbread; corn syrup tastes nothing like corn and sweetens our sodas, but what about corn starch? Does it taste like corn as well, or does it have a flavor profile all its own?

Corn starch has a flavor that’s characteristic of one part of its name– starch. As such, It doesn’t have much of a flavor at all and could instead be described as “neutral”.

Take a look at the food pyramid, and you’ll see it– starch. But what exactly is starch? Starch is a complex carbohydrate, and contrary to what some fad diets suggest, carbohydrates are an essential part of a balanced diet. Most plants store their energy in the form of starch, and in the case of corn, that starch is stored in what’s called an “endosperm”– the white bit in the center of a corn kernel. Corn starch is created when this endosperm is isolated and ground into a fine powder.

The sweet, buttery flavor that we expect from popcorn, cornbread, or even a fresh-picked ear of corn isn’t present in corn starch because that flavor comes from the outer kernel of the corn. When the endosperm is isolated and the sweet yellow surrounding flesh discarded, so is the corn flavor.

How To Cook With Cornstarch

Corn starch is a powerful tool to have in your culinary belt, as it has several different uses. For example, corn starch can thicken sauces and gravies, fry chicken, add some crispiness to roasted vegetables, and bind together pie fillings.

Cornstarch as a Thickening Agent

See also  What Does Sausage With Sage Taste Like?

Sauces and gravies aren’t the only recipes where you can swap corn starch for flour. Replace the flour in your fried chicken batter with corn starch and expect the following results:

Give it a try next time you’re making roasted sheet pan veggies or breakfast potatoes; it’s sure to satisfy and impress.

Picture slicing into the perfect pie. Did you see the filling, loose and watery, spilling out? If not, then you’re imagining a pie that has been stabilized with corn starch. Similar to how corn starch is used to thicken sauces and gravies, it can do the same for pie fillings or curds, with some added benefits:

It should be noted, however, that the glossy appearance imparted by corn starch may lend itself better visually to summery berry pies than the fall favorite apple pie.

What Else Can Cornstarch Be Used For?

Though these days corn starch mostly makes its home in the kitchen as a thickening agent, it was first used to starch laundry and has a variety of other unexpected applications, such as:

With so many uses, keeping a container or two of cornstarch around is worth it.

How To Store Cornstarch

Whether you’re looking to polish silverware or make Thanksgiving dinner, you’ve added corn starch to your grocery list. So, what’s the best way to store it? Storing corn starch is easy; it doesn’t require any refrigeration and only needs to be kept in an airtight container. A pantry or cupboard is a fine place to store your corn starch, your new secret weapon.

Cornstarch is a neutral, nearly-tasteless white powder processed from ground corn endosperms. It is shelf-stable, needing only an airtight container and a relatively cool, dry environment. Corn starch was originally used to starch laundry but has since proven itself to be useful in every room of the house– from crisping and thickening in the kitchen, to cleaning carpet, and even keeping every member of the family from chaffing. 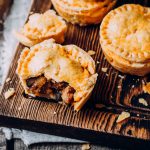 How Much Does A Pie Cost? 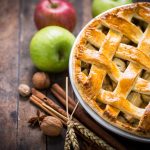 How To Reheat Apple Pie 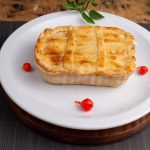 How to Reheat A Frozen Pie 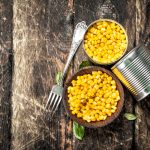 Can You Freeze Canned Corn?