Coffee is one of the most popular drinks to have with breakfast. Many people rely on it to wake them up, as the caffeine flows into their bloodstream. Using chicory root in coffee can have the same benefit, but it has no caffeine and is considered healthier than regular coffee.

Many additives have been used in coffee, but one of the lesser known and more beneficial ones is chicory root.

Chicory coffee is similar to regular coffee as it has the same bitter taste. The chicory root adds an element of nuttiness, and has also been described as somewhat woody.

Chicory is a type of plant that has been used for ages for a variety of purposes. Many utilize chicory root for its health benefits, and it has long been used as a food for livestock. Chicory flowers are very bright and colorful, usually pink, blue, or white.

Chicory is grown in places all over the world. Each part of the plant has nutritional value, including the roots, which is what is used in coffee. Chicory roots have many necessary proteins, minerals, vitamins, carbohydrates, and fiber.

Chicory is antifungal, antibacterial, and anticarcinogenic. This makes it a viable option for fighting off infections or sickness, like tea. In addition, chicory can slow the rate of mutation and may treat infections that are caused by parasites. It is also antioxidative and may help prevent liver damage.

When chicory was being studied by researchers as a feed for livestock, they observed inulin in the root which is a prebiotic. Prebiotics can relieve digestive discomfort as they stimulate the growth of necessary bacteria in our gut. Prebiotics can also lower the risk of some musculoskeletal issues like osteoporosis.

Prebiotics increase the rate at which our bodies absorb minerals, particularly calcium. The health benefits of calcium have been studied for ages, hence the benefits that chicory can provide to our bones. Chicory can also reduce inflammation and lower the risk of cancer.

In addition to coffee, chicory is also used in other beverages in foods such as salad. While the root of chicory is used in coffee, the leaves of chicory can be used for salads. Sometimes chicory root is also used to make alcohol. Because of the inulin in chicory, it also makes for a healthier substitute for sugar.

The most prominent use for chicory is coffee. The history of this is that at one time, lots of people were unable to use coffee. They discovered that they could make a similar drink from the roots of chicory. It tends to have an even more roasted flavor than regular coffee, but it contains no caffeine.

Despite the lack of caffeine in chicory, you may still be able to reap similar benefits. Because it is natural and not a stimulant, you won’t get an instant jolt of energy. But the nutritional profile of chicory, over time, can help give your body more energy naturally. It has been used as a coffee replacement for good reason.

Chicory has been used as a coffee replacement or additive for many generations. This began when people could not afford regular coffee, and discovered they could make a similar beverage from the root of chicory. Chicory is similar to coffee in its bitter taste, but may be more flavorful.

The taste of chicory root in coffee is nutty and a bit woody. It makes for a great coffee alternative because it has no caffeine and is much healthier for your body. Chicory has often been described as even more roasted than regular coffee. 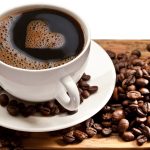 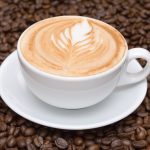 Can You Reheat Starbucks Coffee? 6 Simple Ways You Can Do It 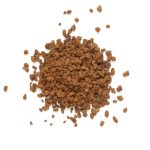 8 Coffee Extract Substitutes and How to Make One at Home 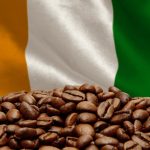