Queso fresco, which literally translates to fresh cheese, is a type of Mexican cheese that is popular in all sorts of food. It can be used as a topping for cold and grilled foods and has a pretty mild taste. It complements any flavor element nicely.

If you don’t have any queso fresco on hand, you aren’t out of luck. There are many similar cheeses that can replicate the purpose of queso fresco. Some of the best queso fresco substitutes are feta cheese, ricotta salata, queso blanco, farmer’s cheese, paneer, Monterey Jack, pot cheese, and more.

What Is Queso Fresco?

The words “queso fresco” translate to “fresh cheese” and it is either made from cow’s milk or a mixture of both cow’s and goat’s milk. Its taste is very mild but incredibly fresh. It makes an excellent topping because it has a firm texture and pure white color.

The taste of queso fresco is somewhat salty and tangy. It is mild and can easily be compared to the taste of farmer’s cheese, as they both use raw, natural milk.

How is Queso Fresco Used?

Its mild but tangy flavor is perfect for balancing out other flavors, such as pungent sauces and heavy meat. It balances out the seasoning and spice of Mexican dishes, and because it isn’t overly salty it can easily be a crowd pleaser.

Queso fresco is a great salad topping because of its firm texture. It can also be eaten on its own, or mixed in with other ingredients like salsa and corn. It is a pretty soft cheese, but it doesn’t melt as well as other cheeses like mozzarella.

Because of this, queso fresco holds onto its original texture and shape when used as a topping. It also turns crispy and golden when broiled or baked, making it an optimal choice for fajitas and enchiladas.

What Can I Substitute for Queso Fresco?

Feta cheese is very common and easy to track down. Like queso fresco, it has a very mild flavor and a texture that is crumbly. Its appearance is also strikingly similar, as feta cheese is also a bright white color. In addition, it has the creaminess that queso fresco is esteemed for.

One major difference between feta and queso fresco is that feta is brined and aged. This makes its taste more tangy than the neutral flavor  of queso fresco. When using as a queso fresco replacement, it is ideal to use mild feta or rinse the block of feta in cold water to make its flavor less intense.

Feta is originally Greek, but there is a French type that works best as a replacement for queso fresco. French varieties of feta cheese are more dry and work better for crumbling on top of other foods. There is also a Danish variety that is known for its creaminess.

Ricotta cheese is characterized by its soft and fluffy texture, and can even work as a cream cheese substitute in many cases. Ricotta Salata, on the other hand, is an aged and dried version of regular ricotta cheese.

Usually, Ricotta Salata is made from the whey of either sheep or cow milk. Its taste is milky and rich, and slightly salty. It is a good replacement for queso fresco because it is crumbly, firm, and white. It can be used instead of queso fresco for any purpose.

Ricotta Salata is best when it is used as a stuffing for bread or added into vegetables. It is also a nice garnish for salads and stews. Because it is dry, it’s not very good for spreading. Ricotta Salata also does not do well when it’s grilled at high temperatures, which can change the entire texture of your dish.

Queso blanco is another type of Mexican cheese, and it is so similar to queso fresco that people will often mistake them for each other. Queso blanco is made using either cow’s milk or a combination of goat and cow milk. Its flavor is very mild and not too salty.

The texture of queso blanco is soft, but on the more dry side. It is very crumbly as well. Typically, queso blanco is completely moisture-free, so it does not melt. It complements heavy and spicy dishes perfectly, and goes well with meaty, grilled dishes as it won’t melt over the hot food.

The two don’t seem related, but many chefs turn to Monterey Jack cheese when they don’t have any queso fresco. This is because of its semi-soft texture and mild taste. Unlike queso fresco, Monterey Jack is aged, giving it a prominent yellow color.

The more aged Monterey Jack is, the more yellow its color will be. It is usually made from either skim or full-fat cow’s milk. It has a creamy taste and buttery texture that can balance out intense flavors from things like paprika, jalapenos, and chili powder.

Another benefit of Monterey Jack is that it is very common, so if you choose to use it as a substitute for queso fresco you shouldn’t have any trouble finding it at the store. It also shreds very well and can be used as a topping and stuffing alike. Monterey Jack also melts, which can add a nice gooey stuffing for burritos.

Paneer is traditionally an Indian cheese and it has a milky, mild, and slightly sweet flavor. Like queso fresco, paneer has the same firm but soft texture and it does not melt. Paneer is either made from cow or buffalo milk.

The softness and firmness of paneer are equally balanced, so it can be crumbled and cut instantly. It isn’t overly tangy, so it is often used in savory foods and dessert dishes. It is unaged and fresh, giving it a chewy texture.

For grilled dishes, paneer is a great option as it doesn’t melt. It does crisp, though, turning a golden-brown color on the outside while its inside softens. It is perfect for soups and stews, tortillas, burritos, and grilled foods.

Pot cheese is a type of cheese that’s most similar to cottage cheese. Its name comes from when people would make cheese by putting milk in a pot over the stove. Pot cheese has much larger curds than cottage cheese does.

Its texture is also thicker and more rich than that of cottage cheese. Despite this, pot cheese is drier. All of this results in a cheese that is crumbly and soft. Because of its freshness, pot cheese needs to be eaten within a few days before it goes bad.

But, it can be used as a queso fresco substitute for most situations. It is just not recommended for grilling. Pot cheese can be added to desserts like pie and cookies to make the texture more dense. It can also be its own side dish when seasoned with olive oil and herbs.

It is white in color with a slightly tangy and very milky flavor. All the lactose in farmer’s cheese has been completely fermented, so this one’s a great choice for people who have lactose intolerances. Its mild taste lets it easily complement any dish that queso fresco would go in.

It can be mixed with Greek yogurt or sour cream to make a dip. It also makes a great filling for sandwiches and wraps. Due to the very mild taste, farmer’s cheese can even be used to stuff dessert foods. Because of its mildness, you’ll likely need to use more of it for spicy dishes.

If you’re trying to find vegan queso fresco, check out tofu. Tofu is the result of curds from soy milk, so the process that goes into making it really isn’t too different from the process of making regular cheeses.

Many types of tofu are available too, like soft, firm, and extra firm. In our times, you’ve probably seen tofu be used as a replacement for meat, eggs, and cheese. It’s very versatile so tofu can be a part of savory, sweet, or spicy recipes.

Like queso fresco, cotija is another type of Mexican cheese. It is made using cow’s milk and has a pretty salty taste. Its texture is firm, yet crumbly, and comes in two varieties: fresh and aged. Fresh cotija is soft and will break apart in your hands.

Cotija that has been aged is more similar to parmesan cheese. When trying to replicate queso fresco, opt for fresh cotija. Either way, cotija also doesn’t melt, which makes it an optimal choice for stuffing or putting over grilled foods. It can also be used as a garnish for tostadas.

Oaxaca is one more Mexican type of cheese. Queso fresco, cotija, and oaxaca are probably the three most used Mexican cheeses. It’s usually easy to find, making it a convenient option for those who cook casually from home.

Oaxaca also has a similar appearance to queso fresco, as it is white and soft. It has a sweet, mellow taste that can complement both spicy and savory dishes well. It’s stretchy and melts, so it has also been compared to mozzarella.

How long does queso fresco last after opening?

Queso fresco is meant to be eaten fresh, so it should be consumed within one day of opening it. In the fridge, it will last for around three days. Putting queso fresco in the freezer can extend its shelf life by multiple months.

Do you shred queso fresco?

Queso fresco is often crumbled or shredded before adding it to food. This is mainly because it doesn’t melt over heat, it only softens. Slicing a knife across a block of queso fresco will cause the cheese to fall apart.

Compared to other cheeses, queso fresco is actually quite healthy. It has a low sodium content, which is perfect for those trying to watch how much salt they eat.

Queso fresco is a popular Mexican cheese used in all sorts of dishes. It’s known for its softness, yet it doesn’t melt, which makes it a perfect topping. But, if you don’t have any queso fresco and can’t find any, there are plenty of similar substitutes that work the same way. 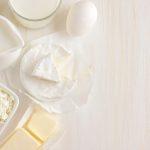 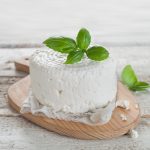 Does Queso Fresco Melt and Should You Do It? 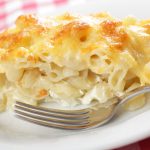 What Can I Substitute for Milk in Macaroni and Cheese?