We all know watermelon, the round, juicy food that is composed of 92% water. It’s refreshing on a hot day, and a good snack for any time. But, whether it is a fruit or a vegetable, is a more complicated answer than you may think. It is a debate that has gone on for many years.

Watermelons grow off of a vine from a plant that originally comes from South Africa. It is a member of the cucurbitacae family, making watermelon related to cucumber, pumpkin, and squash. To grow watermelon, it is planted with a seed and then harvested.

According to Webster’s dictionary, a vegetable is classified as anything that comes from plants. Watermelon is grown using the same irrigation and harvesting systems that are used for vegetables.

Fruits contain seeds, so watermelon could also fall under the category of fruit. But, fruits are also classified as something that develops from the flower of a plant.

What Do People Think of Watermelon?

Watermelon is a sweet, juicy, food that can be eaten as a snack, part of a fruit salad, or made into a juice or smoothie. It’s perfect for many picky eaters, as its flavor is not very strong. It has many health benefits, one of the most prevalent being keeping the body hydrated.

Watermelon also provides the body with key nutrients and vitamins A and C. We all probably have some sort of childhood memory of cooling down on a hot day with some watermelon slices.

Why Do People Think Watermelon is a Vegetable?

People may think that watermelon is a vegetable because it is grown and harvested in the same way that vegetables are. The botanical definition of a vegetable is any edible part of a plant. Since watermelons grow on a vine, they could technically be considered a vegetable.

See also  What Is The Difference Between Pork and Ham?

Why Do People Think Watermelon is a Fruit?

To many people, calling watermelon a fruit is a no-brainer. It is a common ingredient in fruit salads, and you don’t typically eat it the way you eat vegetables (cooked, brined, or salted as a side dish for steak or chicken).

Botanically, a fruit is considered to be a food that grows on the vine of a plant. This makes watermelon also a fruit, along with its family members, the cucumber, pumpkin, and squash.

Is Watermelon a Fruit or Vegetable?

Unfortunately, there is still no direct answer to whether watermelon is a fruit or a vegetable. It is a highly debated topic, and watermelon could technically fall into the botanical definition of both fruits and vegetables.

Basically, if you want watermelon to be a fruit, it can be. If you want to call it a vegetable, you also wouldn’t be wrong. All that matters is that you pick out a nice, ripe watermelon and enjoy eating it. 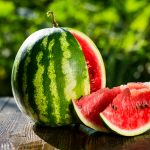 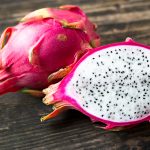 How Much Does Dragon Fruit Cost? 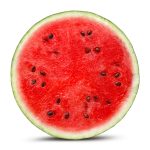 Does Watermelon Have Fiber?