Have you ever tried clamato juice? In general, clamato juice is tomato juice that is spiced up to include some clam broth. It makes a great mixer for alcoholic drinks as well. For those of us who have decided to avoid products made from animals, you may wonder if clamato is a vegan drink.

Clamato is not a vegan drink. In order for something to be vegan, it needs to not be made from animal products. Therefore, clamato cannot be a vegan drink as it includes clam broth, and clams are animals.

Continue reading to learn more about clamato and what dishes include clamato as part of their ingredients.

Clamato is a drink that is primarily made from tomato juice and clam broth. The name itself is a combination of the words “tomato” and “clam”. It is popular in the United States, Canada, and Mexico.

You can often find clamato being used as a mixer for alcoholic drinks. It can be used to make a drink that is similar to a Bloody Mary. Many have started making their own substitutes for clamato juice that they can use if they do not want or like clamato juice in their mixed beverages.

Historically, clamato was first produced by the Clamato Corporation of New York in 1935. In its current form, the clamato beverage was produced by the Duffy-Mott company in 1966. This is where the cocktail’s name “Mott’s Clamato” was created.

If you look at the labelling for clamato, you will notice that the images portray it more as a tomato beverage. This is because the manufacturer wanted to drift away from the seafood aspect of the drink, although you can still find clam broth listed in the ingredients of the drink.

While tomato juice and clam broth are two of the main ingredients in Clamato, there are many other ingredients that you can find on a label of clamato juice.

According to the mandates of the United States Food and Drug Administration, the labels that you will find on clamato juice will have the ingredients listed in the order in which the ingredients are dominant in the food or drink.

See also  Does Chick Fil A Sauce Go Bad? All You Need To Know

Some other ingredients that you can find in clamato juice are:

Which Dishes and Drinks Contain Clamato?

You can find clamato as an ingredient in some dishes and drinks in the United States, Canada, and Mexico. It can be used with various alcohols as a mixer to make alcoholic beverages, such as the Bloody Caesar Cocktail.

This drink originated in the city of Calgary located in Canada. A Bloody Caesar Cocktail is made using ingredients such as:

For garnishing the drink, celery salt is often used. The drink is mainly served in a glass that is filled with ice. The rim of the glass can often have celery salt or some other spices along it, and a stalk of celery is included.

Michelada is a drink that originates from Mexico. The Michelada actually has many different variations that you can find throughout Mexico. Each variation, while they do tend to rely on the same base of ingredients, can vary depending on the region you are in.

The primary ingredients that you can find in a Michelada are:

Ceviche is a dish that is primarily made using fresh raw fish. This raw fish is often cured in fresh citrus juices. These juices typically are either lemon juice or lime juice.

The dish is also often spiced with chilli pepper, aji, or some other seasonings. You can also find coriander, chopped onions, clamato, and salt included in the ingredients of this dish. Since many vegans do not eat Ceviche since it is made using raw fish, they may not be worrying themselves with there being other non-vegan ingredients in the dish.

It is possible to make your own clamato that is vegan. In order to make this vegan “clamato”, you will need to gather ingredients, such as:

In order to make the vegan “clamato”, you will need to mix a quart of tomato juice, 2 tablespoons of vegan oyster sauce or fish sauce, a tablespoon of vegan Worcestershire sauce, a few shakes of the hot sauce, and a teaspoon of celery salt. Once you have mixed these ingredients, you need to put the mixture into the refrigerator, so it can cool.

Clamato is a beverage that was originally made using tomato juice and clam broth. It is popular in Mexico and Canada as well as often used in the United States. The primary use for clamato juice is as a mixture for various alcoholic drinks, such as the Bloody Caesar Cocktail which is popular in Canada.

It is important to note that clamato is not a vegan beverage. This is because it contains clam broth which is a product created from an animal. It is possible to make your own vegan clamato, however, so you can enjoy the mixes and recipes which include this beverage. 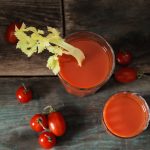 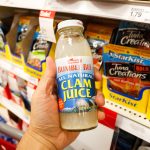 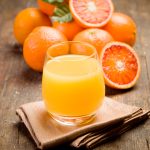 8 of the Best Substitutes for Orange Juice in Smoothies 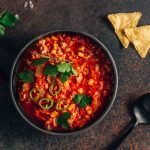 11 Substitutes for Tomato Sauce in Chili