If you have ever made a sandwich that contained meat, you know what deli meat is. Deli meat is fresh meat or canned meat that is precooked. This meat can be eaten alone, or you can incorporate it into a sandwich or dish. Some common deli meats include ham, turkey, bologna, and salami. We tend to keep these in the refrigerator for a long time. However, it is important to know how long you can keep your deli meat in your refrigerator before it has to be thrown away.

Packaged deli meat can have a shelf life of up to two weeks if kept unopened in the refrigerator. Once the packaging has been opened, the deli meat has a shelf life of approximately three to five days before it will need to be thrown out. You can also freeze your deli meats for a period of three months.

Your deli meat has a different shelf life depending on where you store the meat. It is important to note that no matter where you choose to store your deli meat you need to store it properly in order to keep it fresh.

There are three main ways that you can store your deli meat. You can store it at room temperature, in the refrigerator, or in the freezer.

When left out at room temperature, deli meat can last only for approximately two hours. If you have left your deli meat out at a temperature that is above 90°F (32°C), it can only last for a little over an hour before it should be thrown out.

Bacteria tend to multiply faster when the temperature is between 40°F (4°C) and 140°F (60°C), so it is not safe to leave deli meat out at room temperature for an extended period of time.

See also  How Long Does Tuna Last In The Fridge?

How to Tell if Deli Meat Has Gone Bad?

It is very easy for deli meat to go bad. This can be due to improper storing or the deli meat reaching past its expiration date. Due to the ease and quickness of deli meat going bad, it is important to be familiar with some of the signs that can signify that your deli meat has gone bad.

Mold is one of the most obvious signs that your food has gone bad. Mold spores tend to grow after a certain time period has passed when the ingredients that were used to make the food have worn down. This can also occur if the food has been exposed to excess moisture.

While it is rarely seen that mold grows on deli meats, it does happen. If you find that mold has grown on your deli meat, you need to throw it out. While some suggest the meat may still be good as long as you remove the moldy bits, mold shows that there is bacterial activity in the meat, and it should not be eaten.

Typically, if you find that mold has grown on your deli meat, it should be thrown out, or it could make you sick.

If you notice this change in coloration in your deli meat, it is safe to say that the meat has expired and should be thrown out.

Off or Sour Smell

If you notice no changes in the look of your deli meat, the smell that the meat gives off can be a good indicator for if the deli meat has gone bad or if it is still good to eat. When deli meats have gone bad, the typical odor of the meat shifts to one that is more stale, off, or sour.

The smell can also resemble the scent of vinegar. This smell is often an indication of bacterial growth inside the meat. It is best to throw the meat away when you notice these foul odors coming from the deli meat. You do not want to risk eating this meat as the bacteria that has grown can be harmful.

A Change in Texture

The texture of deli meats is one that is solid but not hard. This is because deli meats are meant to be easy to bite into when you include it in a sandwich or eat it by itself. A good indication that your deli meat has gone bad is a change in the texture of the meat.

See also  Can You Refrigerate Scrambled Eggs? All You Need to Know

There are two different types of texture changes that your deli meat can experience when it has gone bad. The meat can either harden or become slimy. The slime that expired deli meat can have is a result of the brine that has seeped out of the meat. This brine also tends to congeal on the surface of the expired meat.

How Do You Store Deli Meat?

It is at room temperature where it is most likely that bacteria will grow on the meat, and this can cause the rapid expiration of the deli meat. The two best places to store your deli meat are in the refrigerator or in the freezer.

The refrigerator tends to be the best and most common place that people store their deli meats. You want to keep your deli meat in an airtight container if the original packaging of the deli meat has already been opened.

Deli meats tend to lose their freshness very quickly. By storing your deli meats in an airtight container, you are able to prevent any loss of the freshness of the deli meat while also preventing any contamination from any other foods in the refrigerator.

You can also choose to keep your deli meats in the freezer. It is important to note that not all deli meats will freeze at the same rate, and some deli meats tend to freeze better compared to others.

Deli meats are a very common purchase from the grocery store. They are most often used to make sandwiches. When it comes to storing deli meats, you want to store the meat in the refrigerator. When left unopened deli meats can last for approximately two weeks in the refrigerator, while deli meats that have opened packaging can only last for around three to five days. 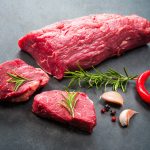 Freezing Beef Tenderloin: Is It Possible? 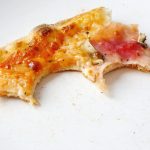 How to Freeze the 10 Most Common Leftovers 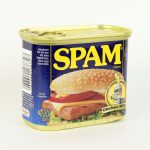 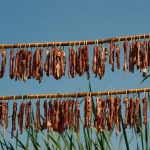 How to Dehydrate Meat Before Cooking