Chick-fil-A is a popular restaurant where you can get a good chicken sandwich and some chicken nuggets. An added benefit is the sauces that you can get when you order, and you may grab some extra that you can take home. If you take some home, you wonder how long it will last and if your Chick-fil-A sauce will go bad.

Chick-fil-A sauce, like most other sauces, can go bad and have a certain number of days where they are still good to eat. While it does not have an expiration date, there is a “use by”  date where after which it can go bad.

Like all good things, Chick-fil-A sauce has a point where it is no longer good and must come to an end. While there is no exact expiration date located on the packaging of Chick-fil-A sauce, there is a “use by” date which is typically set for approximately two years after it was manufactured.

It is still possible to eat the sauce after this date if you have stored it properly. If you have left the sauce out on the counter after you have opened it, then it should be thrown away as it is no longer safe to eat.

The proper way to store Chick-fil-A sauce is to keep it in a cool and dry place before opening it and putting it in the refrigerator once it has been opened. By keeping your Chick-fil-A sauce stored in this way, you can enjoy it longer without worrying whether or not it is safe to eat.

How Long Does Chick-fil-A Sauce Last?

The reason for the limited shelf life is the ingredients within the sauce. Compounds, such as fats, sodium, and cholesterol, which are present in the sauce will break down over time leading to any altering of taste or consistency of the sauce.

It is difficult to put an exact time on the shelf life of Chick-fil-A sauce. Due to this, it is best to eat or use Chick-fil-A sauce within 90 days of purchasing the sauce or obtaining it from the restaurant. This way you know the sauce is still good to eat.

How Can You Make It Last Longer?

While there is a shelf life for Chick-fil-A sauce, there are methods you can use that can help to make it last longer.

Freezing your Chick-fil-A sauce is a method you can take if you do not plan on using the sauce right away. While this method is not the most recommended due to freezing causing separation and a change in texture, you can try freezing your sauce in small quantities if you want to use this method to make it last.

See also  Boiled Rice vs. Raw Rice - Which Should You Eat?

If you freeze your sauce, you want to ensure that it thaws completely before you try to eat it. Chick-fil-A sauce is made using eggs, and it may seem weird to freeze the sauce, but it is possible to freeze recipes and foods made with eggs.

Refrigeration is the best and most recommended method to take when it comes to making your Chick-fil-A sauce last longer. When keeping Chick-fil-A sauce in the refrigerator, you want to ensure that it is kept in an airtight container.

By keeping the sauce in the refrigerator, you can maximize the longevity and stability of the ingredients in the sauce to keep it good.

Acids, such as lemon juice and vinegar, have been known to help preserve certain food items in order to make them last longer. This can also be done to Chick-fil-A sauce. You need to add a few drops to the sauce before storing it, and it should last longer.

How to Tell If a Chick-fil-A Sauce Has Gone Bad?

It can sometimes be difficult to tell when food items have gone bad. With foods like apples or bananas, there is a physical change you can easily see which tells you that they have gone bad. It can be harder with Chick-fil-A sauce, but there are ways to tell if it has reached the point where it should not be consumed.

The appearance of the Chick-fil-A sauce will be the first thing you notice when you open the packaging. If you notice a change in the coloration of the sauce, then it should be thrown out as it has gone bad. It is also possible that the sauce can look thicker than normal which is also a sign that it has gone bad.

The sauce will taste unpleasant or sour if it has gone bad. This can be an indicator if your sauce has not changed appearance or given off a bad smell.

Smell is another way to indicate whether or not your Chick-fil-A sauce has gone bad. If you open your sauce and a sour or unpleasant odor comes from the sauce, it is safe to say that it has expired and needs to be thrown out.

Can You Eat an Expired Chick-fil-A Sauce?

See also  Can You Eat the Shell of a Peanut?

What Happens When You Eat an Expired Chick-fil-A Sauce

While most people who have eaten expired Chick-fil-A sauce faced no issues, it is possible that you could experience vomiting, diarrhea, or stomach discomfort after consuming the expired sauce.

The worst possibility that can come with eating expired Chick-fil-A sauce is food poisoning. Expired sauce can contain E. Coli or other bacteria that is dangerous, and this can make you sick.

What is Chick-fil-A’s sauce made of?

Does Chick-fil-A sauce have to be refrigerated?

How long is Chick-fil-A sauce good for after the expiration date?

Chick-fil-A sauce can stay good after the expiration date depending on how you store the sauce. Keeping it in the refrigerator after opening it and in cold, dry areas before opening it can ensure that it lasts longer than if you kept it out on the kitchen counter.

Chick-fil-A sauce has become one of the most popular sauces to keep around and eat with your food. While there is no exact expiration date for Chick-fil-A sauce, it is best to consume it within 90 days of obtaining it. You want to store your sauce in cool, dry areas before opening it and in the refrigerator after it has been opened.

While you can still eat Chick-fil-A sauce after it has gone bad, this can cause some discomfort and illness. It is best to ensure that your sauce has not gone bad before eating it and disposing of it once it has gone bad.

Is Chick Fil A Chicken Halal? Can Muslims Consume It? 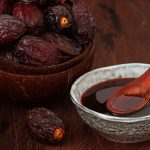 13 Date Syrup Substitutes that are Just as Sweet and Tasty 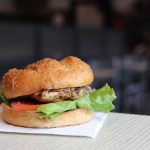 How to Reheat a Chick Fil A Sandwich 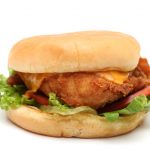 What’s The Best Way to Reheat a Chick-Fil-A Sandwich?