Jolly Ranchers are a famed name-brand hard candy. They’re beloved by kids as they’re sweet and come in a variety of flavors. Candy is certainly known to last for a while in general, but many candies do eventually expire.

So what about this one? Do Jolly Ranchers expire? We’ll be looking into that today, along with giving you some fun facts you might not be aware of.

The short answer is no, Jolly Ranchers do not expire. Legally, food or drink that goes bad over time is required to list an expiration date. Jolly Ranchers packages notably lack this, meaning that they are never considered expired.

That doesn’t necessarily mean that they don’t degrade at all over time, as they do have a ‘Best By’ date. But this is more of a recommendation than it is a hard warning of expiration. The candy is still considered safe to consume even past that date.

Jolly Ranchers have deep roots and go back further than you might think. The Jolly Rancher Company was originally founded in 1949 by Bill and Dorothy Hamson. However back then the focus was on ice creams, with them slowly venturing into candies over time.

Indeed, though it’s most closely associated with the hard candy, the Jolly Rancher name has also been affixed to other goods in the past. These include treats like gummies, sour bites, lollipops and even a line of soda!

After a series of sales throughout the decades, the candy ended up being owned by the Hershey Company, starting in 1996. This happened when the chocolate giants bought out the North American confectionery brands of Leaf, Inc.

That sale included not only Jolly Ranchers but many other recognizable brands, including Milk Duds and PayDay bars.

See also  40 Foods That Begin With The Letter S

What Are Jolly Ranchers Made Of?

The list of ingredients can vary slightly depending on what flavor of Jolly Rancher you’re looking at. But they all contain sugar, corn syrup, mineral oil, natural and artificial flavors and colors. The candies’ longevity is due to its high amount of sugar and low amount of moisture.

How Long Do Jolly Ranchers Last?

Conventional wisdom suggests that hard candies can last indefinitely, so long as they are properly stored. Indeed while they don’t expire in the conventional sense, that doesn’t mean the quality remains consistent.

It can still degrade over time, but that can be slowed down by storing in an appropriate manner. In this case that means keeping them in a cool and dry place.

The further away from moisture, the better. As far as temperature goes, below an average of 50 degrees fahrenheit is recommended to keep them at max freshness.

Light also isn’t recommended, making a kitchen pantry or cupboard a safe bet. Keeping them inside of their packaging until you’re ready to eat them is also key.

Should you store them correctly, Jolly Ranchers should remain as good as the day you bought them for up to twelve months. Something that helps the candies keep for so long is the fact that each one is individually wrapped.

Their tight wrapping helps keep them at proper moisture levels, neither drying up nor getting too wet. Additionally, the wrappers do a good job of preventing them from sticking together.

How Do I Know If My Jolly Ranchers Have Gone Bad?

If the flavor seems off from the norm, you should discard your Jolly Ranchers. It’s safe to say the others from that batch won’t be any better.

See also  Is Strawberry a Citrus Fruit? Everything You Need to Know

The color of each candy should be completely solid. If you see a grainy texture to the candy, that suggests the sugar inside has begun to crystalize.

They are hard candies after all, so they should always be very solid. Should they start to soften, that’s a dead giveaway that they’re well past their Best By date.

Stickiness is a common symptom for a Jolly Rancher that’s been improperly stored. It’s the result of them being left in the heat or exposed to too much light.

While very rare, mold can form on a Jolly Rancher that’s been left outside of it’s packaging for too long. This is a clear sign of too much moisture. Remember that humidity is to be avoided when it comes to hard candies.

Jolly Ranchers are safe to consume even far past their Best Used By date, meaning they do not truly expire. There’s not a set point where they’d go bad or cause any health issues. That being said, how long they retain their flavor and consistency is up to you.

If you want to keep a bunch of them around indefinitely, be mindful of where you store them. So long as they remain in a cool, dark place, they can keep their quality for a very long time. Just be sure to eat them as soon as they’re unwrapped! 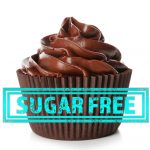 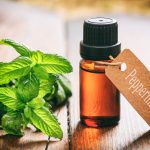 10 Best Peppermint Extract Substitutes You Can Use to Add Flavor 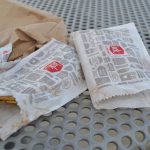 How to Reheat Jack in the Box Tacos 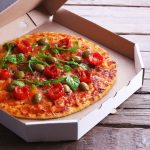 Can You Put A Pizza Box In The Oven?