We love cubanelle peppers because of their unique flavor and texture. They are sweet and slightly spicy at the same time.

If you’re craving a specific food but can’t find the right ingredients, it might be time to think about alternative recipes that use similar flavors or ingredients instead.

That being said, not everyone has access to cubanelle peppers all the time, whether due to availability or personal preference. But that doesn’t mean you have to give up on your favorite Cuban-inspired foods!

What is a Cubanelle Pepper?

Looking like elongated bell peppers, these light green to yellow peppers have a sweet and mild flavor. These peppers are typically picked before they fully ripen to their bright red to orange-red color.

You also may have heard this pepper referred to as the Italian frying pepper, due to its thin walls. It’s growing in popularity, but can still be hard to find outside of areas heavily influenced by Italian or Caribbean cuisine.

How Hot is a Cubanelle Pepper?

Cubanelles are considered a mild, sweet pepper. With a Scoville Heat Unit (SHU) ranging from 0-1,000, they fall much lower on the heat scale than your typical jalapeño which averages out around 5,000.

What are the Common Uses for Cubanelle Peppers?

With their size and large pods, Cubanelles aren’t just for frying. They make excellent stuffed peppers.

While also known as the Italian frying pepper, cubanelles are insanely popular in cooking in Central America: Cuba, Puerto Rico, and the Dominican Republic especially.

You’ll find them in stuffing and grilling recipes, salads, casseroles, mole sauce, and as toppings on subs and pizza.

What Can I Use in Place of a Cubanelle Pepper?

Despite their green color, Anaheim chilis are a great cubanelle substitute. They still have that mild flavor you’d be looking for, but with a little more heat. Their SHU ranges from 500 – 2500.

Anaheims have a slight sweetness besides their only simmering heat and that flavor is close enough to the cubanelle for them to work in most recipes.

While it’s hard to find a pepper that fries up like a cubanelle, Anaheims are great for stuffing recipes due to their thick walls but can be fried when needed.

With a sweet tang and heat level almost identical to the cubanelle there are banana peppers. While not always a good cubanelle substitution, banana peppers are readily available at most supermarkets.

With thinner walls, banana peppers will work fairly well as an Italian frying pepper substitute in frying and sautéeing recipes and their walls are just thick enough to work in stuffing recipes as well.

Even with the differences in flavor, they are a viable substitute, especially if Anaheim peppers are hard to come by. Whether poblano peppers will work for you will depend on the flavors of your recipe.

If you desire the no-heat alternative for cubanelle, bell peppers are a great option. These readily available peppers have the same sweet flavor.

While great for stuffing, the thick walls of bell peppers do not suit frying well.

Green Bell Peppers in particular are the most similar to the cubanelle in looks and taste.

The Italian Sweet Chili pepper is another sweet and mild substitute for cubanelles. While picked when red, these peppers serve well in a variety of recipes from frying and sautéeing, to roasting or stuffing.

You can even find them pickled or sliced on salads.

Again, different in color profile from your cubanelle peppers, these red peppers are mild, sweet peppers that lack much peppery flavor.

A smaller pepper, these heart-shaped veggies are great for snacks or salads with a delicious flavor.

Very similar to banana peppers in appearance, Hungarian Wax peppers can be tricky in regards to how hot they are. By appearance alone, they are an excellent cubanelle substitute.

If you aren’t a fan of hot peppers or maybe a little sensitive to heat, it’s best to try out other cubanelle alternatives. From pepper to pepper, Hungarian Wax peppers can range from 1,000 to 15,000 SHU!

At any time you can get an extremely hot pepper. Suffice to say, a little bit of Hungarian pepper can go a long way.

With their chili pepper appearance, jalapeños are great for stuffing. These spicy peppers can be used as a cubanelle substitute, even with their lighter, less earthy flavor.

If you need a cubanelle pepper substitute in salsa or salad recipes, jalapeños would be a good, and spicier alternative.

See also  7 Pasta Water Substitutes You Can Use for Emergencies

This pale green chili from Thailand closely resembles the flavor and heat of cubanelles. With a body similar to that of banana peppers, they work as a reasonable substitute for cubanelles in most recipes.

These are frequently found pickled, raw, or turned into a condiment and serve as color and flavor, especially for those who want less spice to their meal.

The dark green and red prik num chillis have a higher SHU level and will add some heat to your recipe if desired.

These Mexican natives are often used much like red chilies in multiple forms: dry, whole, or as a powder. Their mild, sweet flavor earned their name Pasilla which means ‘raisin’ in Spanish.

Their distinct flavor, which feels like chocolate powder on your tongue, is more distinct than cubanelles. This makes it a little more difficult to use as a cubanelle pepper substitute. Best to trust your taste buds and use the amount that tastes right to you.

Which is hotter, poblano or cubanelle?

Poblano Peppers are hotter peppers. Poblano peppers average around 1500 SHU compared to the 0-1,000 of Cubanelle peppers.

How much do Cubanelle Peppers cost?

How long does it take a Cubanelle pepper to turn red?

While you can pick them early while they’re green, Cubanelles are ripe when they turn a red color. This can take approximately 70-80 days after planting. Green peppers will take several days to ripen to their red color.

Cubanelles are a sweet and mild pepper, so if you’re looking for a spicy flavor, the best choice would be to go with jalapeños, Anaheims, or poblanos.

If you don’t have access to cubanelles, try using other peppers in the same family like banana peppers, pimentos, or green bell peppers. They’re all great alternatives and can be used interchangeably.

While it’s hard to find a pepper that fries up like a cubanelle, Anaheims are great for stuffing recipes due to their thick walls and they can be fried when needed.

As far as alternative substitutes go, these would be the best options available. 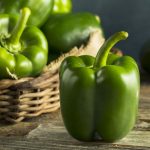 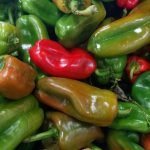 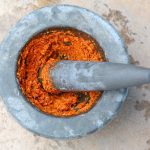 The 21 Best Aji Amarillo Paste Substitutes That You Should Try 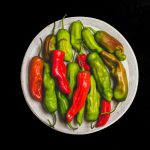